Aldrin on the lunar module footpad.

As the 50th anniversary of the first Moon walk looms ever closer, there has been a cornucopia of new books on almost every angle of NASA’s Apollo program. But veteran journalist Charles Fishman’s “One Giant Leap: The Impossible Mission That Flew Us To The Moon,” manages to find several intriguing takes on this oft-told tale.

Dust from the Moon had a rather bizarre odor.

The astronauts often compared it to the high desert of the American West. But no matter how beguiling from afar once the astronauts set foot in it, lunar dust became both a nuisance and potential hazard, particularly given the delicate nature of the lunar module’s operating systems.

To Armstrong, it was “the scent of wet ashes; to crewmate Buzz Aldrin, it was “the smell in the air after a firecracker has gone off,” Fishman writes, noting that the two astronauts even slept in their helmets and gloves to avoid breathing the clingy, irritating dust.

Rich in iron, calcium, and magnesium bound up in minerals such as olivine and pyroxene, NASA says that one hypothesis for the smell is simply that the Moon is like one large 4 billion-year-old desert. And once its dust comes into contact with a moist atmosphere like the one designed to support life inside the lunar module, the dust’s molecules became noticeable to the astronaut’s own olfactory systems. But its odd, gunpowder-like smell remains a mystery.

Tang was created in 1957 by William Mitchell, the same guy who invented Cool Whip, writes Fishman. In 1962, when astronaut John Glenn performed eating experiments in orbit, NASA reports that Tang was selected for the menu. And ironically, as Fishman notes, the crew of Apollo 11 specifically rejected Tang as part of their food supplies.

Teflon was invented for DuPont in the late 1930s, but as NASA notes, the agency applied it to heat shields, space suits, and cargo hold liners. And although it is a Swiss invention from the 1940s, NASA says Velcro was used during the Apollo missions to anchor equipment for astronauts’ convenience in zero gravity situations.

Apollo’s ability to guide and navigate its way to the Moon and back owes its roots in World War II-era technology.

In early February 1953, MIT engineers demonstrated a cutting-edge navigational and guidance technology that would prove crucial to both America’s Cold War efforts as well as NASA’s Apollo program.

One of the first key tests of such technology came on the morning of February 8, 1953, when an aging B-29 Superfortress bomber took off from Bedford, Mass., to Los Angeles, Fishman notes. Weighing in at 2,700 pounds, this experimental inertial guidance system had been mounted toward the rear of the plane’s fuselage.

The goal of any such system is to provide autonomous guidance and navigation for a moving vessel without the need for ground- or space-based reference points, but merely by relying on the constant measurement of the vehicle’s movements: its position, orientation, and velocity. Its aim was to fly the B-29 from coast to coast using gyroscopes, accelerometers, a pendulum, and a clock, all connected to an early onboard computer, writes Fishman.

Over some thirteen hours, it flew nearly 2600 miles without any pilot assistance, or shortly before it was time to land at what is now LAX airport. By the time the chief pilot took control of the aircraft, it was only ten miles off course. Of course, these guidance systems would have to be miniaturized and perfected in order to incorporate them into actual spacecraft.

But it’s not a stretch to say that without such accurate systems, Apollo spacecraft would have never had the kind of precision guidance needed to take the Apollo 11 crew from Florida to the Sea of Tranquility. 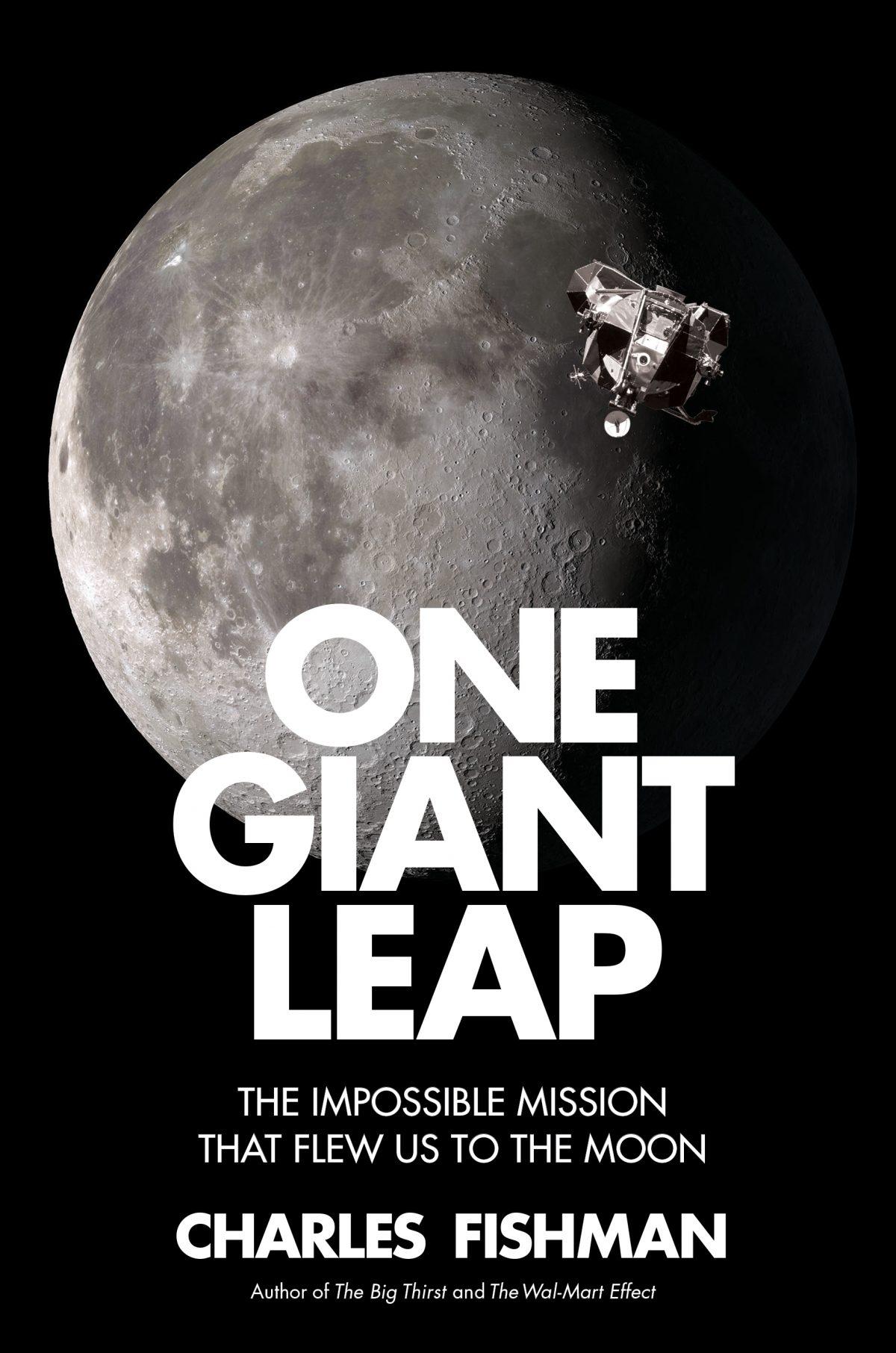 NASA learned early on that one false computer programming move could lead to disaster.

Mariner 1, NASA’s first attempt to send a robotic probe on a flyby of Venus, went badly awry on the morning of July 22, 1962. Only three and half minutes into its trajectory, the Atlas-Agena rocket on which Mariner 1 rode was off course, out of control, and headed for the shipping lanes of the North Atlantic, Fishman writes. Thus, he notes “at 4 minutes and 50 seconds into the flight, a range safety officer at Cape Canaveral flipped two switches, and explosives in the Atlas blew the rocket apart.”

The problem? Handwritten computer code iterated dozens of times in lines of guidance equations was missing a crucial “bar” above the letter “R” (for “Radius”) symbol. This coding error confused ground computers which mistakenly began sending the rocket unnecessary course corrections. And thus, NASA’s first attempt at an interplanetary mission was doomed before it ever left Earth orbit.

But NASA took this painful lesson to heart and Apollo 11’s onboard computers came through with flying colors, even though at times, they were overloaded at times and had computational powers that are a fraction of what is possible today.

The Soviets made one last desperate attempt to upstage Apollo.

The Soviet Luna 15 mission, assumed to be a robotic lunar sample return mission, launched on July 13, 1969, some three days in advance of Apollo 11. But although Luna 15 arrived in lunar orbit two days ahead of Apollo 11, the Soviet craft’s altimeter “showed wildly varying readings for the projected landing area,” as Fishman notes. Thus, by the time Luna 15 got around to attempting a lunar landing, Armstrong and Armstrong had already come and gone. Britain’s Jodrell Bank Observatory’s was tracking Luna 15’s maneuvers and was first to report that its radio signals had ended abruptly, Fishman writes. Even after orbiting the Moon more than 50 times, Luna 15 slammed into a nearside lunar mountain. Apollo had clearly won the day.

Tragically, the man who inspired it all never lived to see Armstrong and Aldrin’s first tenuous steps on the lunar surface . But a week before his assassination President John F. Kennedy did visit Cape Canaveral and got to see a Saturn I rocket on the launch pad before helicoptering out to a navy observation ship to watch a submarine launch one of its first Polaris missiles. As Fishman notes, the Navy even had Kennedy give the firing order.

Fishman makes a final paradoxical argument that if Kennedy had lived and won a second term as President, his stated goal of sending astronauts to the Moon and back before the decade was out may never have seen fruition. For privately within his own administration, JFK seemed to be wavering in his support for a near-term crewed lunar return mission, as Fishman notes. According to internal memos, he writes, JFK was even considering U.S.-Soviet cooperation for such a mission.

But if anything, his tragic death only seemed to solidify public support for NASA making this historic giant leap all on its own.

This article was written by Bruce Dorminey from Forbes and was legally licensed through the NewsCred publisher network. Please direct all licensing questions to legal@newscred.com.