A Qatar Airways flight taxis on the runway.

Who really knows what’s behind the decision by Saudi Arabia, the UAE and Bahrain to cut diplomatic relations with Qatar, but it would not be far-fetched to suggest these countries and Egypt, Libya and the Maldives, are weaponizing aviation by closing the airspace needed to bring civilian air traffic in and out of the Persian Gulf nation. It is effectively imposing sanctions on Qatar by airspace closure.

All of the national notice to airmen notifying pilots of the new restrictions on Qatari-registered aircraft, were issued at the same time Monday morning, in a coordinated manner, according to Mark Zee of OpsGroup, an airspace consultancy.

“Every country in the region has decided they’re going to make things as difficult as possible for Qatar,” he said, adding that it was unlike anything he had seen before. 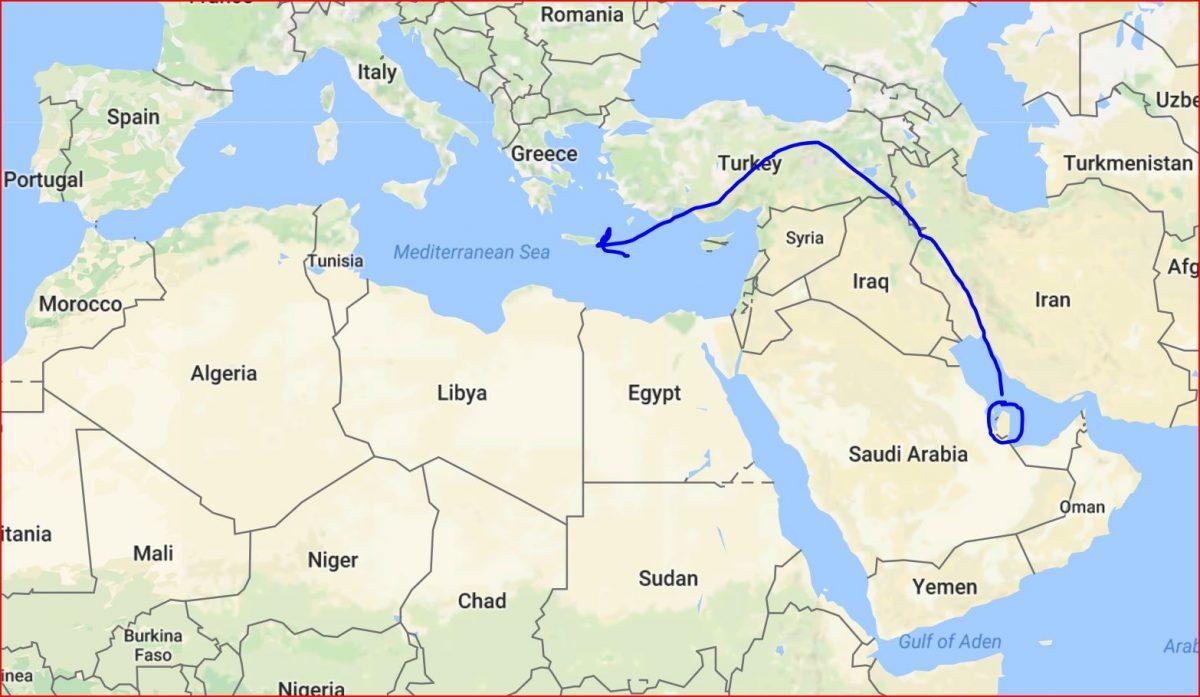 Not easy to go west from Qatar with airspace restrictions

Except for two routes through which flights can transit over Bahrain, Qatari-registered aircraft cannot enter the airspace of any of these countries. Fifty-two Qatar Airways flights a day will be cancelled according to Bloomberg.

Further separating the tiny peninsula nation from the world, global airlines, Etihad and Emirates won’t be operating flights into Qatar either.

The intrigue prompting this dramatic development is outside of the world of aviation. What is significant is the precedent being set as governments use their airspace in geopolitical battles.

“It’s weird. It’s not a war situation, it’s not a conflict situation. It’s a demonstration of the power that airspace can be,” Zee said.

The closest parallel Zee could think of was after World War 2 when the Soviet Union blocked all land and water access to West Berlin. In that case, air was the only method available to deliver critical supplies to the city which the US and the UK did for a year from 1948 to 1949.

Qatar is especially sensitive to restrictions imposed by its neighbors. It has no real airspace of its own. To get west to Europe or Africa airliners must fly over Saudi Arabia, Egypt, Libya. With those options closed the only thing left is to fly east through Iran and then north and west over Turkey.

“Bahrain has said, ‘You can have one corridor and that’s it.’” Zee explained. “This is strong stuff, very extreme.”

One can wonder how this crackdown on Qatar relates to the visit of President Trump to Saudi Arabia last month and his near-obsessive worry about America becoming a victim of Islamic-fundamentalism.

Since September 11th, terrorism has cast an ever-growing shadow over aviation. The most recent is Trump’s proposal to ban immigration to the US from certain countries and rules prohibiting laptops from being carried into the cabin on some US-bound flights from overseas.

Now leaders outside the United States seem to have taken a lesson from Trump. They are flexing their political muscles in the civil arena for reasons we don’t know and with consequences that are equally uncertain.

This article was written by Christine Negroni from Forbes and was legally licensed through the NewsCred publisher network. Please direct all licensing questions to legal@newscred.com.