China says it has successfully tested a “reusable spacecraft”, widely believed to be a space plane that could enable frequent and low-cost access to space – but the mission remains shrouded in mystery.

Yesterday, Sunday, September 6, the state-run Xinhua News Agency said the vehicle had returned to its “scheduled landing site” following a two-day mission in orbit. It had launched on a Long March 2F rocket on Friday, September 4 from the Jiuquan Satellite Launch Center in the Gobi Desert.

“The successful flight marked the country’s important breakthrough in reusable spacecraft research and is expected to offer convenient and low-cost round trip transport for the peaceful use of the space,” Xinhua said.

The landing site is thought to have been in the Taklamakan Desert in northwest China, although that has not been officially confirmed.

Based on observations from independent observers on the ground, the vehicle reached an altitude of about 350 kilometers. It was initially launched at an orbital inclination of about 45 degrees, but then performed a “dogleg maneuver” to change its inclination to 50 degrees shortly after launching.

However, the exact nature of the vehicle itself, and what it did in space, remains unclear. China is known to have been developing space plane technology, but the sudden announcement of this launch came somewhat out of the blue.

It’s not known if the vehicle on the rocket was a prototype space plane designed to one day carry humans, or something more similar to the U.S. Air Force’s X-37B space plane, itself used for unknown missions in Earth orbit. 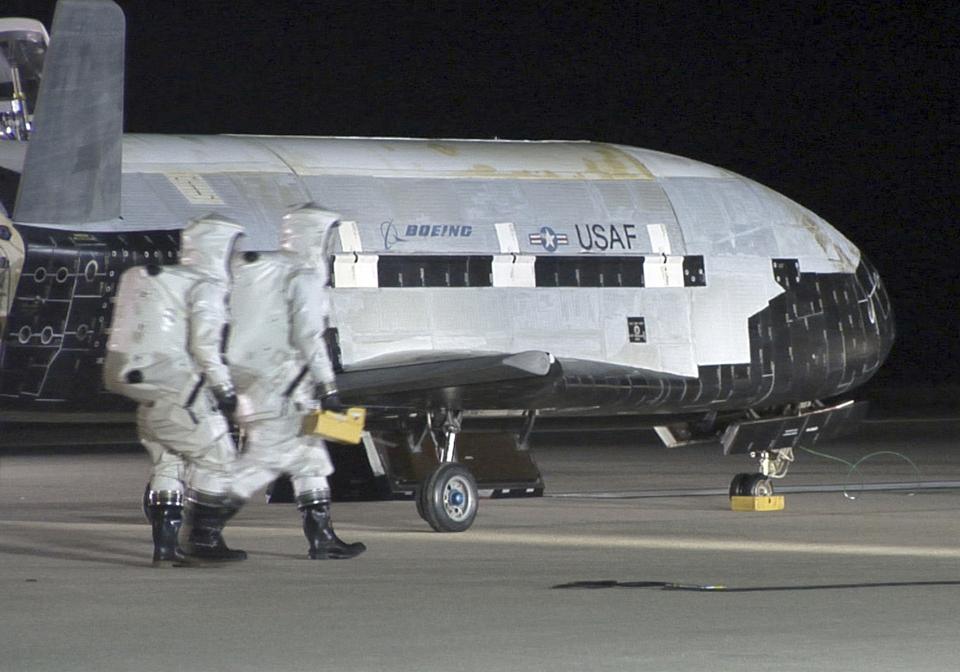 China’s space plane might be similar to the American X-37B (pictured).

An unnamed military source quoted by the South China Morning Post seemed to suggest the latter, saying “maybe you can take a look at the U.S. X-37B” regarding the spacecraft.

They added there were “many firsts in this launch”, which meant there was a “need to make sure there is extra security” and hence the secrecy around the launch – more so than on other Chinese space missions.

And there were suggestions that, like the X-37B, China’s vehicle may have released something in orbit. Reports hinted at something being released two orbits before the space plane returned to Earth, and while what this object was isn’t clear at the moment, there has been some speculation.

If this was indeed a space plane, China would become only the third nation to have successfully sent such a vehicle into orbit after the U.S. and the Soviet Union.

It would also be another impressive feather in the cap for China, which has already completed a number of other firsts this century including sending humans to space, landing on the Moon, and launching to Mars.

But many will now be watching developments with this space plane very closely, to see exactly what China plans to use it for.

This article was written by Jonathan O’Callaghan from Forbes and was legally licensed through the Industry Dive publisher network. Please direct all licensing questions to legal@industrydive.com.

tags: china china spacecraft featured
previous In Their Own Words – What 9/11 Means to the Servicemembers Who Lived It
next Two U.S. Air Force B-52s Just Hunted Down A Destroyer And Practiced Sinking It
Related Posts