Some 9 million people will be tested for Covid-19 in the eastern Chinese city of Qingdao over a five-day period, Chinese authorities announced on Monday following an outbreak of the virus at the city’s Municipal Chest Hospital that spread to eight patients and one family member. 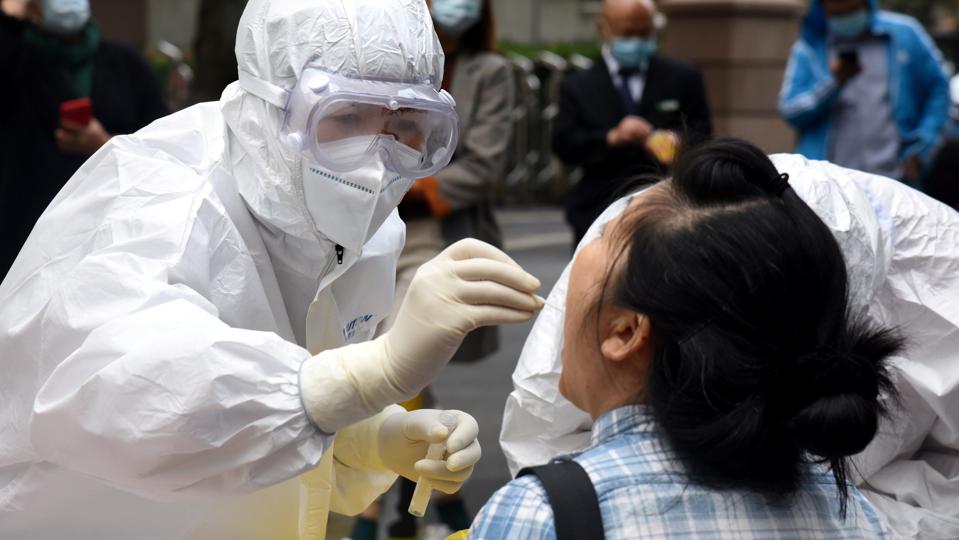 A health worker takes a swab sample from a citizen for COVID-19 test in Qingdao, east China’s Shandong Province, Oct. 12, 2020

Qingdao’s entire population will be tested “within five days” according to China’s National Health Commission, the Associated Press reported.

The testing is in response to an outbreak at the chest hospital among people who were being treated for the virus after travelling from overseas, with around a dozen people now infected, the BBC reports.

The latest outbreak comes days after the end of China’s annual Golden Week celebrations, one of China’s busiest traveling periods.

It comes after China saw two months with no community transmission, with the vast majority of cases having been imported from people travelling into the country.

Already, some 140,000 medical staff, personnel and patients in the city have already been tested since the new outbreak emerged.

The NHC’s latest daily briefing on coronavirus mentions 21 new cases and 32 new asymptomatic cases across mainland China as of October 12; however, cases in Qingdao were not explicitly named.

China, which was the first country to report a case of the novel coronavirus in December, after it first emerged in the city of Wuhan, appears to have largely contained its outbreak that has, to date, infected nearly 91,000 people and killed 4,700, according to Johns Hopkins University figures. A strict, 76-day lockdown in China’s Hubei province, in which people were banned from leaving Wuhan, was lifted in April, and Chinese authorities have since reopened major transport links [and] schools, and resumed business activity. Qingdao’s testing drive is the latest in a series of similar moves made by authorities in recent months—in May, around 9 million out of 11 million people in Wuhan were tested for Covid-19 in 10 days, across hundreds of testing centres, while a partial lockdown was reintroduced in Beijing, which was placed under a “wartime emergency mode” in June after an outbreak of domestic infections linked to the Xinfadi food market.

60 million. That’s how many people were placed under strict lockdowns in China’s Hubei province earlier this year, at the height of the crisis in the country.

This article was written by Isabel Togoh from Forbes and was legally licensed through the Industry Dive publisher network. Please direct all licensing questions to legal@industrydive.com.