Russia likes to market its S-300 and S-400 air defense missiles to potential buyers by claiming they are superior and more cost-effective than their Western counterparts. Consequently, Moscow fears any scenario in which those weapons systems exhibit shortcomings or suffer any losses in combat.

On Sept. 14, 2019, loitering munitions, also known as ‘suicide’ or ‘kamikaze’ drones, most likely launched by Iran, attacked Saudi state-owned Aramco oil facilities in the oil-rich kingdom’s east. Riyadh’s modern U.S.-built air defenses failed to stop, and possibly even detect, them. As a result of the attack, the Saudis had to close those facilities for repairs, and the kingdom’s oil production was briefly reduced by around half as a result. 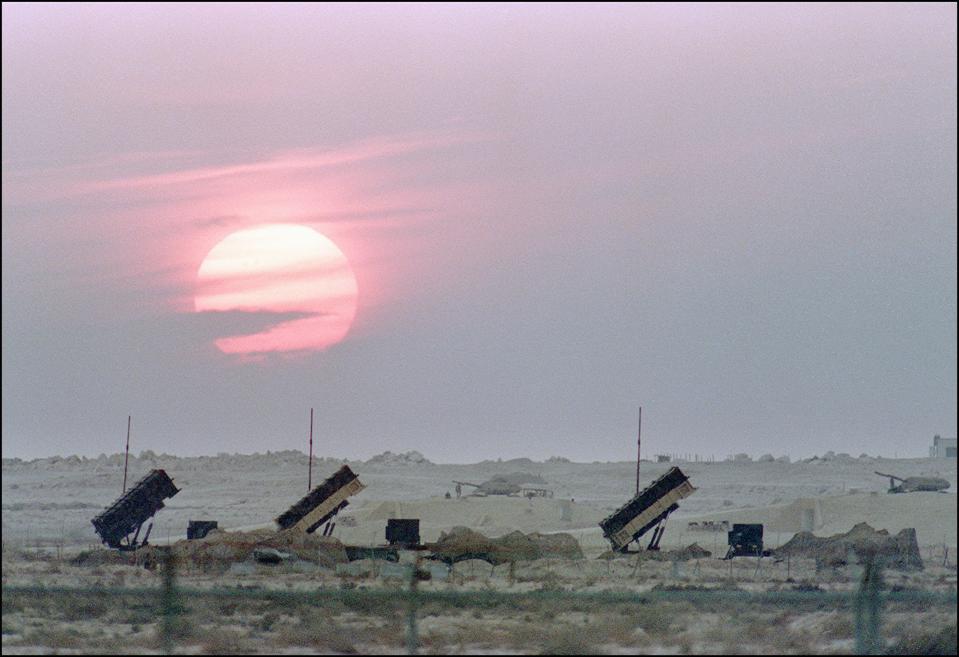 Russian President Vladimir Putin was quick to take advantage of the failure of those U.S. air defenses to even hinder that attack by offering to sell Riyadh S-400s.

“It is enough to take a wise government decision, as the leaders of Iran did before, buying the S-300, and as [Turkish] President [Recep Tayyip] Erdogan, did, buying the latest air defense system, S-400 Triumph,” Putin said shortly after the attack. “They will protect any infrastructure objects in Saudi Arabia effectively.”

But are such systems truly as effective as the Russian president claims?

While the capabilities of the S-300 family and its younger S-400 brother are certainly very impressive on paper, designed to establish highly formidable Anti-Access/Area Denial (A2/AD) bubbles over vast swathes of airspace wherever they are deployed, their lack of combat experience means it’s ultimately unclear if they would’ve fared any better in protecting Saudi airspace. Actual combat is the only definitive way of determining and gauging any weapons systems’ true effectiveness. 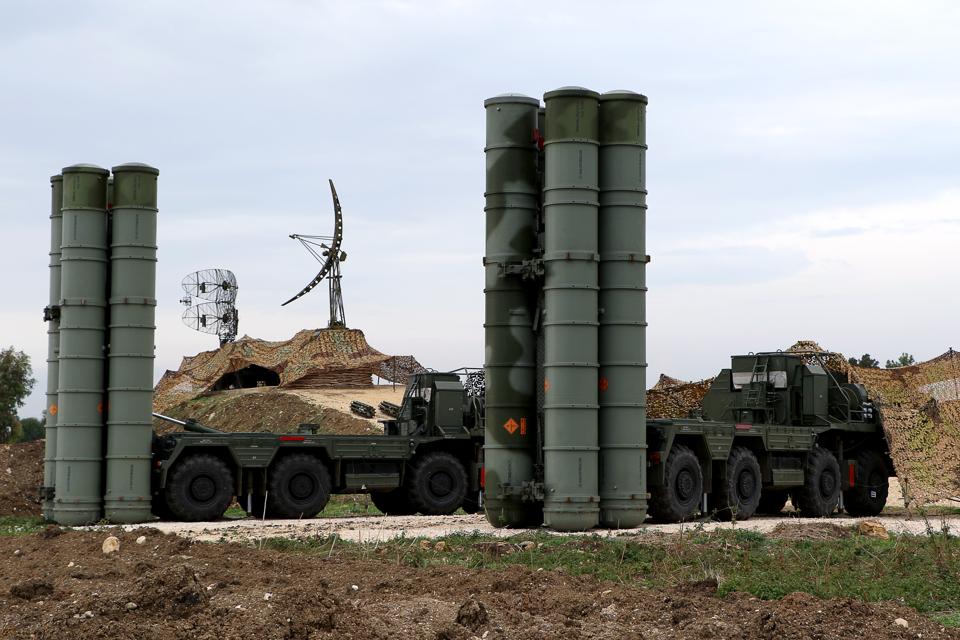 A picture shows two Russian S-400 Triumf S-400 Triumf missile system at the Russian Hmeimim military base in Latakia province, in the northwest of Syria, on December 16, 2015. (PAUL GYPTEAU/AFP via Getty Images)

In the latest armed clashes in the Nagorno-Karabakh conflict between Azerbaijan and Armenia, which began on Sept. 27, it appears that Armenian S-300s have fallen victim to devastating attacks by Azerbaijani drones. Video footage emerged from the conflict purportedly show Israeli-built Harop loitering munitions in Baku’s arsenal targeting the Armenian missiles.

It’s worth bearing in mind that those Armenian S-300s weren’t coupled with Russia’s medium-range Pantsirs to provide them with point air defense against threats at close range, nor did they appear to be accompanied by any other similar short to medium-range supporting air defense systems, such as the BUK-M2. When the U.S. deploys its long-range MIM-104 Patriot air defense missiles, they are invariably accompanied by C-RAM (Counter-Rocket, Artillery, and Mortar) systems that are tasked with eliminating close range threats to them. 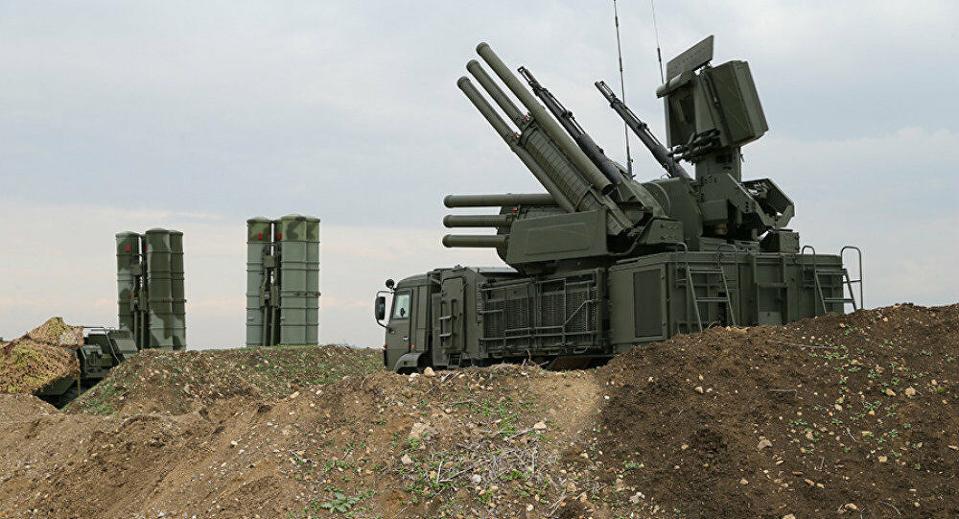 More generally, in both the Armenian and Saudi cases, their respective air defense missiles’ effectiveness and survivability also saliently depended heavily upon the abilities and competence of their respective operators.

Russia delivered Syria S-300s in late 2018. Russian military personnel, however, still reportedly operate those systems to this day, meaning Syria cannot independently use them to attempt any interdiction of ongoing Israeli airstrikes across the country. As Israeli journalist Yossi Melman pointed out, this is likely a result of “the fear in Russia that if they are indeed activated and miss their target – it would demonstrate the technological and operational superiority of Israel and the West, which would hurt the pride of Russian President Vladimir Putin and his country’s defense industries.”

Also, the Israeli Air Force (IAF) has reportedly trained against a Greek S-300, meaning it could likely eliminate Syria’s S-300s if they attempted to shoot down any of its aircraft. 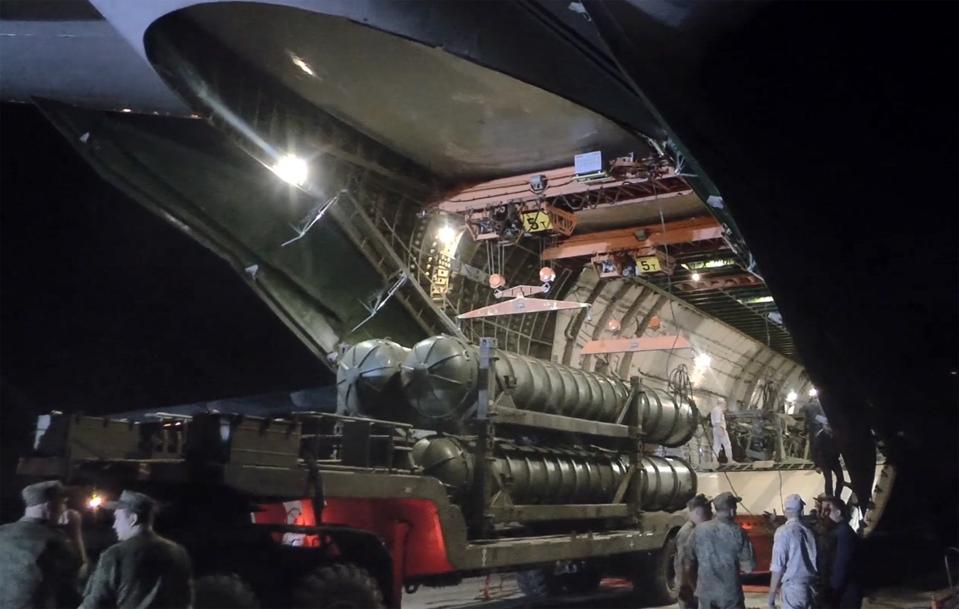 Russian S-300 missiles being delivered to Syria in October 2018. (Photo by TASS\TASS via Getty Images)

Losses, or even significant shortcomings, of its most vaunted air defense systems in combat could have very negative ramifications for future Russian arms sales, especially when coupled with the ever-present risk to buyers of incurring U.S. sanctions for making significant transactions with Russia’s defense sector.

The decisive destruction of large quantities of Russian military hardware operated by Syria in Lebanon in the early 1980s may well have had far-reaching consequences for the former Soviet Union.

Back then Syria established a formidable array of Soviet-built surface-to-air missile (SAM) batteries — a combination of SA-2s, SA-3s, and SA-6s — in Lebanon’s Bekaa Valley to deter Israeli warplanes. As a result, when Israel launched the enormous Peace for Galilee operation against the Palestine Liberation Organization (PLO) in June 1982, it needed to establish air supremacy over Lebanon.

Israel hatched a daring operation to eradicate the Syrian SAMs. In Operation Mole Cricket 19, the IAF launched an extensive and sophisticated suppression of enemy air defenses (SEAD) operation against the Syrian batteries in the Bekaa that successfully destroyed them. Israel’s sleek new F-15s and F-16s also went up against the Syrian Air Force in massive dogfights over the Bekaa and cleared the sky of their older and inferior Soviet-built MiG-21s and MiG-23s. Ultimately, Israel successfully shot down a staggering 82 Syrian aircraft without losing a single one of their own.

According to a Czech general who served in Moscow in 1982, the stunning Israeli victory in this epic operation “made the Soviets understand that Western technology was superior to theirs.” He even went so far as to conclude that “the blow to the Bekaa Valley SAMs was part of the cascade of events leading to the collapse of the Soviet Union.”

While the destruction of some of its modern SAMs in the arsenals of its foreign arms clients such as Armenia certainly wouldn’t have nearly the same effect today, it is, nevertheless, clearly something Russia doesn’t want to happen given the potential aforementioned ramifications for future arms sales. At the same time, the Kremlin will readily seize upon any opportunity to highlight and belittle shortcomings displayed by Western-made air defenses in combat to promote its systems as more viable alternatives.

This article was written by Paul Iddon from Forbes and was legally licensed through the Industry Dive publisher network. Please direct all licensing questions to legal@industrydive.com.

tags: featured russia
previous Army: No requests made for use of troops around election
next Lebanon, Israel begin indirect talks over maritime border
Related Posts