How Jahiliyyah Provides an Ideological Platform for Islamic Terrorists

How Jahiliyyah Provides an Ideological Platform for Islamic Terrorists

This article was originally published at In Public Safety.

Ideology is one of the most important factors when seeking to understand the roots of terrorism. The ideologies held by terrorist organizations provide the path and strategy that a group follows and how it justifies its actions. Without a strong and convincing ideology, a terrorist organization becomes irrelevant and often disappears.

What is Jahiliyyah and What are its Origins?

The history behind the use of jahiliyyah can be traced back to the Qur’an, where it was traditionally to describe pagans – people who did not believe in Islam. Only recently did the concept begin to be used as a catalyst for change within Islam. In the mid-20th century, an Islamic imam, a scholar, and jurist named Sayyid Abul A’la Mawdudi introduced the idea that Islam was in a state of jahiliyyah “…modernity, …the ‘new jahiliyyah.’” Islam was in a state of jahiliyyah because Mawdudi argued the religious and secular leaders allowed secularism, and led to a general decline of Islam.

Mawdudi (1903-1979) was from India, and after the partition of India in 1947 found himself in the newly formed Pakistan. Mawdudi founded the political party Jamaat-e Islam as part of his effort to create an Islamic state that would remove secularism, which he believed was part of the reason Islam was in this state of jahiliyyah, and provide a venue for true Islam.

Mawdudi’s work, specifically his use of the concept of Islam in a state of jahiliyyah, would strongly affect one individual, Sayyid Qutb, who would then turn it into an ideology. Qutb (1906-1966) was from Egypt and was influenced by what he perceived as the decline of the Islamic world – secularism. He joined the Muslim Brotherhood in 1951 after returning from studying in the United States at the Colorado State Teachers College. Qutb’s experience in the U.S. led him to believe that secularism leads to a decline in morals. After Qutb joined the Muslim Brotherhood, he became a powerful proponent of Islamism. In 1954, Qutb, along with other members of the Muslim Brotherhood, were jailed following assassination attempts on Egyptian President Gamal Nasser’s life.

While Qutb was imprisoned, he wrote his manifesto, Milestones. In Milestones, Qutb argued that the Islamic world was in a state of jahiliyyah. Qutb was certainly borrowing from Mawdudi’s usage of jahiliyyah to refer to the Islamic leadership, but had a more specific focus: one of denouncing both political and religious leaders. While it could be argued that Mawdudi was trying to reform Islam, Qutb took a significant leap in an effort to destroy traditional Islam. Qutb’s use of jahiliyyah was intended to denounce the religious leaders (Ulama) as infidels (non-believer), or kafirs.

In Milestones, he wrote: “We are also surrounded by Jahiliyyah today, which is of the same nature as it was during the first period of Islam, perhaps a little deeper. Our whole environment, people’s beliefs and ideas, habits and art, rules and laws – is Jahiliyyah, even to the extent that what we consider to be Islamic culture, Islamic sources, Islamic philosophy and Islamic thought are also constructs of Jahiliyyah!”

In 1966, Qutb was ultimately executed for the ideas he published in Milestones. His works, specifically on jahiliyyah, would have significant impacts on the Muslim Brotherhood, to include splintering the organization and leading one member to leave the “brothers” to lead the Islamic Jihad (also known as the Egyptian Islamic Jihad) – Ayman al-Zawahiri. Zawahiri would leave Egypt after the assassination of President Anwar Sadat, traveling to Pakistan during the Soviet-Afghan War. While in Peshawar, Pakistan, Zawahiri met Osama bin Laden. By 1998, the Islamic Jihad merged with bin Laden’s organization and created Al Qae’da.

Osama bin Laden incorporated the teachings of Sayyid Qutb (also called Qutbism) into the ideology of Al Qae’da. In his fatwas he used the word “infidels” to refer to leaders in the Muslim world (specifically Saudi Arabia) and made reference to jahiliyyah. The 9/11 Commission further discusses the influence Qutb’s teachings on jahiliyyah had on bin Laden.

One of Al Qae’da’s affiliated organizations, Al Qae’da in Iraq, would break off and form their own organization: the Islamic State (often referred to as ISIS or ISIL). ISIS, currently led by Abu Bakr al-Baghdadi, is also influenced by Qutbism. Baghdadi has made jahiliyyah the center of his ideology, as well. All one has to do is look at ISIS’s magazine, Dabiq, to find mention of jahiliyyah: “Whoever dies without having bound himself by a bay’ah (pledge of allegiance to Baghdadi), dies a death of jahiliyyah.”

Jahiliyyah is an essential part of the ISIS and Al Qae’da ideology. Through jahiliyyah these terror groups are able to denounce the traditions of Islam in order to justify their goals. It serves as a powerful weapon that is difficult to combat unless one is well-versed in the details of Islamic jurisprudence, which is why it is also an effective ideology for recruitment as evidenced by the bay’ah that Dabiq promotes through social media sites. Jahiliyyah provides the ideological relevancy, which focuses the motivations and strategies of terrorists. 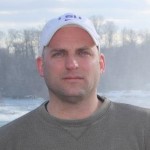 About the Author: Dr. James Hess received his Ph.D. from Louisiana State University, and he is currently studying the relationship between Islamic Jurisprudence and Terrorism as an International Relations Research Fellow with the University of Arizona’s Center for Middle Eastern Studies.