Russian President Vladimir Putin has yet to congratulate Joe Biden following his victory in the U.S. presidential election and the Russian government will not do so until “official results” are announced, Kremlin spokesperson Dmitry Peskov said on Monday, keeping the Russian President on a small list of world leaders who are yet to publicly acknowledge Biden as the next president. 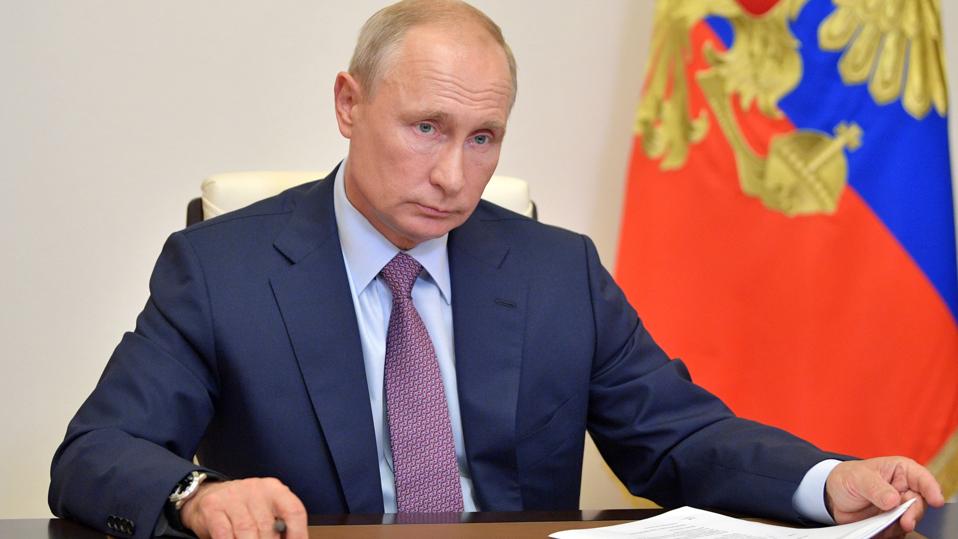 Russia President Vladimir Putin has yet to congratulate Joe Biden on his election win.

Speaking to reporters, Peskov said that the Kremlin had taken note of President Donald Trump’s announcement of legal challenges related to the election, Reuters reported.

Moscow reportedly said it wants to wait for official results before commenting, the spokesperson said.

Peskov noted that Putin is willing to work with any U.S. President and hopes to establish a dialogue with the new administration in Washington soon in an attempt to normalize relations, which have soured since 2014.

CNN’s Bianna Golodryga pointed out on Sunday that Putin waited roughly 2 hours to congratulate Trump after he was announced as President-elect but he hadn’t done the same for Biden, even after 24 hours.

Aside from Putin, the leaders of North Korea, China, Turkey and Brazil are yet to congratulate Biden, while Mexican President Andrés Manuel López Obrador has said that he also plans to wait for legal challenges over the vote to be resolved.

As networks declared Biden the winner of the election on Saturday morning, the President-elect and his running mate Kamala Harris quickly received a flurry of congratulations from leaders all over the world. However, certain leaders have chosen to remain conspicuously quiet. Brazil’s Jair Bolsonaro, who has earned the nickname the “Trump of the Tropics” has not congratulated Biden. Bolsonaro, who previously said he hoped that Trump would get re-elected, made some brief comments about the U.S. and foreign policy but made no mention of Biden or the election results. China’s Xi Jinping, who congratulated Trump in 2016, hours after the election was called for him, has chosen to remain silent even as the President of Taiwan moved to quickly applaud Biden’s win. Turkish President Recep Tayyip Erdogan, who has benefitted from Trump’s Middle East policies — especially in Syria — has been silent as he is likely to face stronger sanctions from a Biden administration. Mexican President Andrés Manuel López Obrador told reporters Saturday that he doesn’t want to be “imprudent” about congratulating Biden as he wants to wait “until the electoral process is finished.”

Some leaders like Israel’s Benjamin Netanyahu and the Saudi monarchy were slow to congratulate Biden, choosing to remain silent for nearly a day before doing so. Observers say Biden is likely to be tougher on Israel on the issue of settlement in the Palestinian territory and the President-elect has previously stated that he plans to reassess ties with the Saudi Kingdom. But the biggest foot-in-the-mouth comment so far has come from Janez Jansa, the Prime Minister of Melania Trump’s birth nation Slovenia. Jansa on Wednesday had congratulated Trump on his victory while attacking the mainstream media. As results kept moving in Biden’s favor, the right-wing leader retweeted conspiracy theories and accused the Democrats of mass voter fraud, despite no evidence of this. On Sunday, he appeared to climb back a little bit, tweeting that the U.S. was a strategic partner of Slovenia and “No matter which party the U.S. president was from. Nothing will change in the future.” But he has since continued attacking the U.S. media’s reports about first lady Melania Trump asking the president to concede.

These Are The Republicans Who Have Acknowledged Biden’s Victory (Forbes)

This article was written by Siladitya Ray from Forbes and was legally licensed through the Industry Dive publisher network. Please direct all licensing questions to legal@industrydive.com.