Home Politics & Government Rudy Giuliani Claims He Has Proof Of Voter Fraud, But Says He Can’t Share It Yet Rudy Giuliani Claims He Has Proof Of Voter Fraud, But Says He Can’t Share It Yet

Rudy Giuliani Claims He Has Proof Of Voter Fraud, But Says He Can’t Share It Yet

As President Trump’s team continues with its struggle to substantiate claims of widespread voter fraud, Rudy Giuliani, who Trump on Saturday put in charge of his efforts to challenge the outcome of the election, told Fox News he has mounting evidence that he is unable to show the public. 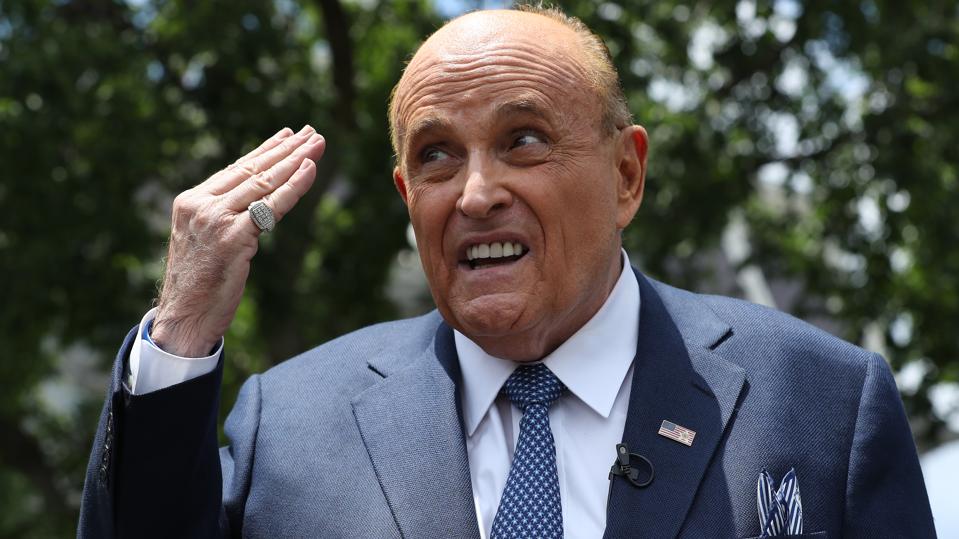 President Trump announced Saturday that Giuliani would head his legal challenges to the 2020 election.

“It’s way beyond what people think,” Giuliani told Fox News’ Maria Bartiromo on Sunday morning, saying these allegations should be “investigated as a national security matter.”

However, the allegations themselves were unclear, with the former New York City mayor spewing a variety of already debunked claims on the Sunday morning show, in addition to new garbled lines of attack.

Giuliani latched onto a conspiracy theory about the companies that make the machines and software used to count votes in the election, saying they are run by far-left groups linked to Venezuela’s socialist regime.

One of the companies, Dominion, has already rebuked these claims, pointing to a statement released by the Department of Homeland Security which said there was “no evidence that any voting system deleted or lost votes, changed votes, or was in any way compromised.”

When asked by Bartiromo if he will be able to prove these claims before January, Giuliani claimed he has proof that he “can’t disclose yet.”

“We have people that I can’t really disclose that can describe the hardware in great detail,” said Giuliani.

Though the election was called in Democrat Joe Biden’s favor over a week ago, President Trump has refused to concede, repeatedly insisting that he would have won if only “legal votes” were counted. Though election officials across the country have denied any instances of voter fraud, many top-ranking Republicans have chosen to side with the president. National security experts are warning that this delay to the presidential transition of power could put the country at risk.

“The Times Called Officials In Every State: No Evidence Of Voter Fraud” (The New York Times)

This article was written by Jemima McEvoy from Forbes and was legally licensed through the Industry Dive publisher network. Please direct all licensing questions to legal@industrydive.com.