Why Trump and Bolton Were On a Collision Course

Why Trump and Bolton Were On a Collision Course

This Tuesday, President Trump announced that he had fired John Bolton, the third person to serve as National Security Advisor in his administration, noting that he had “disagreed strongly with many of his suggestions.”

Bolton retorted on Twitter, “I offered to resign last night and President Trump said, ‘Let’s talk about it tomorrow’.”

Bolton was from the start an odd choice for Trump due to their diverging views on how frequently to use military force abroad. But in a sense, Bolton’s bellicose outlook on existing norms of international diplomacy made him a natural fit in style. It’s believed that Trump’s selection of Bolton may have been based on his frequent appearances on Fox News.

The now former NSA advisor had for decades espoused ultra-hawkish views on American foreign policy and a contempt writ-large for international institutions and treaties. His core belief was that there was no threat from abroad that could not best be solved with American military power, or the threat of that power—and thus, that any agreement or institution that constrained America politically or militarily was intolerable.

The problem is that while Trump may have been of like mind with Bolton’s “America First” mentality, his support for building up U.S. military power, and contempt for pre-existing treaties, alliances and institutions, he has so far resisted engaging the United States into new military conflicts.

However, Bolton has frequently advocated using force to establish the credibility of U.S. threats against Iran, North Korea and Venezuela. In a world where he was calling the shots, bombs would have fallen on North Korea in 2017 and would be falling on Iran today.

While Trump may have been inclined to issue threats of “fire and fury” and idly contemplated invading Venezuela, he also has often sought to withdraw military forces deployed in places ranging from Syria to South Korea, even against the established consensus in the Pentagon or State Department.

Furthermore, Trump is evidently drawn to the spectacle of meeting one-on-one with foreign leaders and striking ‘deals’—even if deals such as the one struck with Kim Jong Un saw U.S. adversaries make few concessions. 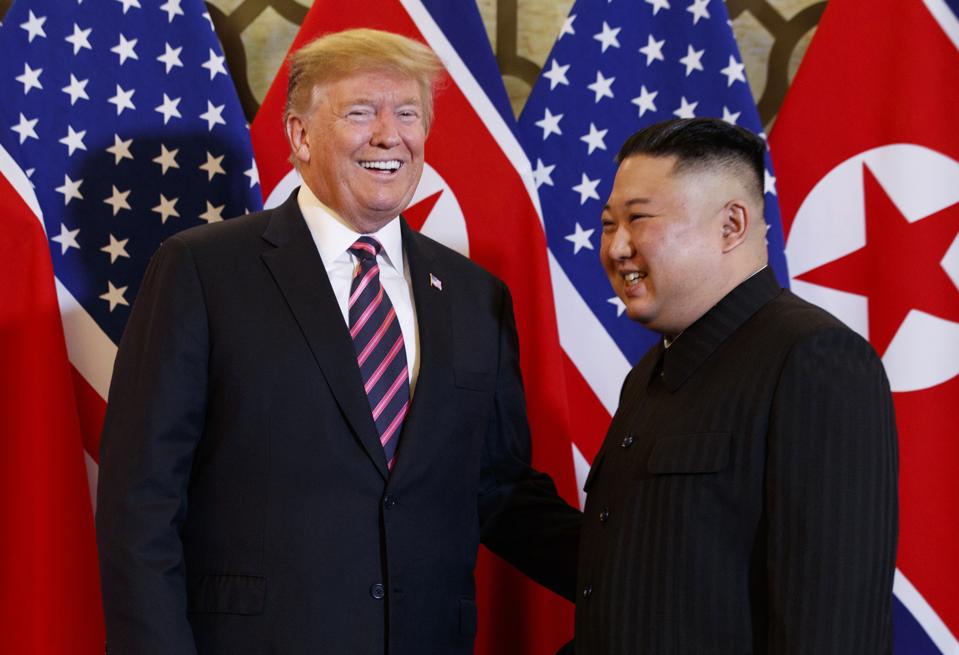 It was evident that Bolton was opposed to most of Trump’s diplomatic overtures, and at times appeared to make statements at cross-purposes with them. For example, Bolton gave a speech about seeking ‘regime change’ in North Korea which enraged Pyongyang just before key talks. By the end of his tenure, he was reportedly was no longer willing to speak on TV in defense of Trump’s policies.

Bolton was a longtime master of bureaucratic warfare in Washington, and he set about eliminating protocols that allowed room for debate in his office, and centralized what power he could around himself. But as Trump’s inner circle was already infamous for its infighting, Bolton’s confrontational style quickly made him powerful enemies, including Secretary of State Michael Pompeo.

Combined with his opposition to many of Trump’s key policies, many predicted his tenure would last little longer than his more moderate predecessor, H.R. McMaster.

Nonetheless, Bolton’s influence could be seen in the rapid U.S. disengagement from key arms control treaties , starting almost immediately with the withdrawal of the United States from a nuclear deal with Iran in May 2018. A year later, the United States came to the brink of war with Iran following the shoot-down of an American drone.

Later in 2018, the United States announced it would withdraw from the Intermediate Nuclear Forces treaty, which Russia had already been covertly violating and wanted an excuse to get out of. This has opened the way for a new arms race over medium-range land-based missiles that had been previously been eliminated from the U.S. military inventory.

Bolton made clear he next planned to advocate axing the New START treaty, which limits the number of strategic nuclear weapons deployed by Russia and the United States when it came up for renewal 2021–despite opposition from both the State Department and the Pentagon.

True to character, Bolton disapproved of Trump’s offer to negotiate with Iran and his friendly overtures to Russia and North Korea. He also opposed the ongoing peace talks with the Taliban in Afghanistan, designed to create an opening for the United States to withdraw from its longest ever war.

The Washington Post reports that senior and former administration officials claimed that “Trump regularly mocked Bolton as a warmonger, sometimes even ticking off countries and joking that Bolton would want to invade them.”

By early September 2019, an agreement was on the verge of being reached with the Taliban, when two stunning revelations hit the news on September 9: Trump had apparently invited Taliban representatives to Camp David to finalize the deal—and then canceled the peace process in its entirety after a U.S. soldier was killed in a Taliban attack.

As the Taliban had frequently attacked U.S. soldiers during the peace process, and no cease-fire had been agreed to, it seems possible the deal’s cancellation was tied to pressure from Bolton and others within the administrative opposed to the deal on principle.

However, the collapse of the peace deal may finally have exhausted Trump’s patience with an advisor who was often ideologically at cross-purposes to him. With the exception of Israel and Saudi Arabia, U.S. allies and adversaries alike will probably breathe a sigh of relief that Bolton is no longer in the picture, advocating preemptive strikes, killing off treaties, and sowing confusion as to the White House’s actual policy intentions.

However, Bolton’s eventual replacement is not guaranteed to steady the waters. The Trump administration is reportedly considering Richard Grenell for the post. The current ambassador to Germany, Grenell has distinguished himself more by his willingness to espouse his support for right-wing parties than by his ability to get along with Germans.